I have just released HTCFlasher version 3, get it while it’s hot!! :)

HTCFlasher -formerly known as HERMflasher- is an open source tool which allows you to flash ROMs on most current HTC devices. It has some extra features that the original HTC RUU doesn’t have, like for example it can present a serial prompt to the bootloader (replacing mtty), or it can dump NBH file contents (.nb ROM parts).

Currently most new HTC devices are supported, and the basic set of functions to work with every HTC bootloader has been implemented, so adding support for new bootloader versions or new devices should be quite easy to do, if not working out of the box. 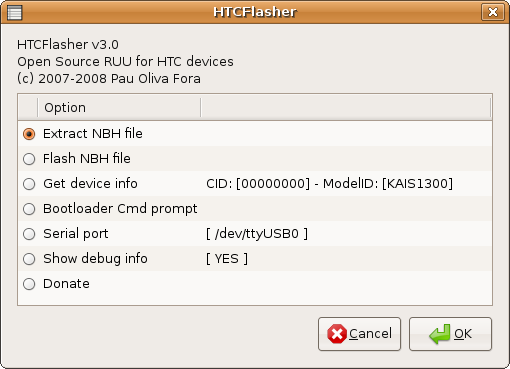